He currently also serves as a Senior Advisor to BakerHostetler, one of the nation’s most respected law firms.

Heath has a unique and distinguished career as a Fortune 250 corporate executive, a Member of Congress, a successful business entrepreneur, and as an NFL quarterback. He is a well-known strategic communications professional and inspirational speaker on topics ranging from leadership, crisis management, government relations, policy development, analysis, and advocacy.

Heath served as the SVP, Federal Governmental Affairs for Duke Energy Corporation where he structured a successful government relations program for the company’s diverse business units. He managed a team of Directors engaged in policy development, analysis, advocacy, and strategic planning. He also identified and leveraged trade associations, coalitions, third-party allies, and consultants to favorably affect legislation and regulations.

Heath was an NFL quarterback for the Washington Redskins, where he was in a first round, third pick overall in the 1994 NFL draft. Heath was named team captain of the New Orleans Saints and also played for the Oakland Raiders. He had a standout collegiate career as a quarterback at the University of Tennessee, where he was honored as the runner-up for the Heisman Trophy, the SEC Football Player of the Year, and a Second Team All American. In 2009, Heath was inducted as a SEC Legend.

Heath holds a B.A. in Psychology from the University of Tennessee at Knoxville.

He is a Board Member for the U.S. Chamber of Commerce Political Affairs, Eblen Charities/Heath Shuler Foundation and Friends of the Smokies. He previously served on the boards of the Big Brothers Big Sisters of America, University of Tennessee Athletic Board, Boys & Girls Club of America and United Community Bank.

Heath is married to his high school sweetheart, Nikol. They reside in Asheville, NC and have two children, Navy, who attends Christ School, and Island, who is a student at Carolina Day School.

He currently also serves as a Senior Advisor to BakerHostetler, one of the country’s most respected law firms.

Jim previously served as President and Managing Partner at DCI Group, one of the country’s largest independent public affairs firms. During his 15 years of association with DCI, he provided strategic and management consulting advice to some of the country’s leading corporations and trade associations.

His client work spanned the telecommunications, gaming, financial services and sugar industries, among others. In his capacity as President, his management responsibilities oversaw DCI’s Finance and Accounting, Legal and HR functions.

Jim left DCI in June of 2012 to run the Republican National Committee’s Independent Expenditure campaign on behalf of Romney for President – a $45 million dollar paid media effort in battleground states.

Prior to joining DCI, Jim led JLM Consulting, serving both political and corporate clients from 1987 through 2002.

He was a senior advisor to Bob Dole’s 1988 and 1996 presidential campaigns and managed floor operations at 3 consecutive national GOP conventions (1996, 2000 and 2004). From 1987 through 2002, Jim was engaged in over 60 national, statewide and congressional elections, including U.S. Senators Bob Smith and Al D’Amato and Governors Lincoln Almond and Dick Snelling.

On the corporate side, his clients included GTECH, a leading global lottery provider; Vermont Yankee, a nuclear power plant; and KCS Energy, a NYSE oil and gas exploration company.

Before launching JLM Consulting, his experience included serving as Deputy Political Director at the National Republican Senatorial Committee from 1985 to 1986, and a six-year tenure with U.S. Senator Gordon Humphrey (R-NH), where he worked as his Executive Assistant on the Hill and campaign manager of his re-election in 1984. 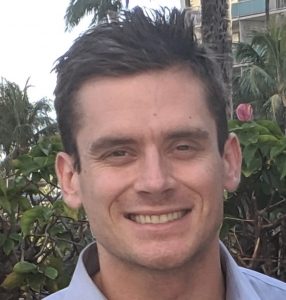 James Murphy serves as Chief of Staff for Integrated Strategy Group and joined the ISG Team in June 2019. Mr. Murphy was an Army Infantry Officer from 2015-2019. He served as a Rifle Platoon Leader, Battalion Land and Ammunition Manager, and a Company Executive Officer in the 25th Infantry Division based out of Schofield Barracks, Hawaii.  Mr. Murphy is an experienced and dedicated project manager, and counselor who understands how to communicate effectively based on the situation.

As a Rifle Platoon Leader of forty men, Mr. Murphy managed the training, planning, rehearsals, and tactical employment of three rifle squads and one weapon squad. He regularly produced and briefed detailed operations orders to align all personnel and weapon systems to a decisive point, ensuring mission success while identifying risks. He also mentored and served as a counselor for his Squad and Team Leaders.

Mr. Murphy also served as the Land and Ammunition Manager for a 650-person organization and networked with adjacent organizations’ leaders to ensure training resources were available and on time. He was designated as the project lead for both planning and execution of a major training deployment to three separate countries: Thailand, South Korea, and the Philippines for a four-month period. He departed months before the rest of the battalion with small teams to coordinate all training requirements, administrative paperwork, and living arrangements with a multitude of civilian agencies, U.S. Army units, and our allies.

Mr. Murphy served as a Company Executive Officer, being second in command of a 180-person organization. There he ran the day-to-day operations for the Company Commander with a particular focus on maintaining and accounting for the organization’s equipment which valued over $32,000,000. Mr. Murphy worked on a multitude of problem sets during this time including: calendar development and updating, conflict resolution with different personality types, administrative tasks, port operations, convoy operations, hazmat handling and paperwork, property accountability, and project management.

Mr. Murphy received his Bachelor’s Degree in International Studies and Politics from the Virginia Military Institute, and graduated as a Distinguished Military Graduate in 2015. James resides just outside of Kapolei, Hawaii with his wife, Ashton.