Heath Shuler is Co-Founder of Integrated Strategy Group. He currently also serves as a Senior Advisor to BakerHostetler, one of the nation’s most respected law firms. Heath has a unique and distinguished career as a Fortune 250 corporate executive, a Member of Congress, a successful business entrepreneur, and as an NFL quarterback. He is a well-known strategic communications professional and inspirational speaker on topics ranging from leadership, crisis management, government relations, policy development, analysis, and advocacy. 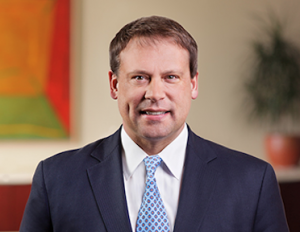 Heath served as the SVP, Federal Governmental Affairs for Duke Energy Corporation where he structured a successful government relations program for the company’s diverse business units. He managed a team of Directors engaged in policy development, analysis, advocacy, and strategic planning. He also identified and leveraged trade associations, coalitions, third-party allies, and consultants to favorably affect legislation and regulations.

As a Member of Congress from the 11th Congressional District in North Carolina, Heath was the Democratic Caucus Senior Whip, National Prayer Breakfast Co-Chair, Blue Dog Coalition Administrative Co-Chair and Coalition Whip, Co-Chair of Tennessee Valley Authority (TVA) Caucus, Founder and Co-Chair of Professional Sports Caucus and Founder and Co-Chair of Gateway Caucus for communities around National Parks. He served on various Committees: Budget; Small Business; Transportation and Infrastructure; Natural Resources and was Chairman of Subcommittee on Rural Development, Entrepreneurship and Trade. Heath worked on the 2008 Farm Bill and the 2010 Dodd- Frank Financial Reform Legislation Conference Committees. His entrepreneurial expertise includes real estate, property development and management as well as directing innovative patent-winning technology and software as the CEO of My Health Card.

Heath is a sought-after speaker, covering inspirational to leadership topics for corporations such as Dish Network, Walmart Corporation, U.S. Cellular, Marsh & McLennan, MasterCraft Boats, Toyota and Hyundai. He hosted the “Sunday Sports” Talk Show and “Football Finals” Talk Show on WIVK Radio in Knoxville, TN. Heath was an NFL quarterback for the Washington Redskins, where he was in a first round, third pick overall in the 1994 NFL draft. Heath was named team captain of the New Orleans Saints and also played for the Oakland Raiders. He had a standout collegiate career as a quarterback at the University of Tennessee, where he was honored as the runner-up for the Heisman Trophy, the SEC Football Player of the Year, and a Second Team All American. In 2009, Heath was inducted as a SEC Legend.