James Murphy serves as Chief Operations Officer for Integrated Strategy Group and joined the ISG Team in June 2019. Mr. Murphy was an Army Infantry Officer from 2015-2019. He served as a Rifle Platoon Leader, Battalion Land and Ammunition Manager, and a Company Executive Officer in the 25th Infantry Division based out of Schofield Barracks, Hawaii.  Mr. Murphy is an experienced and dedicated project manager, and counselor who understands how to communicate effectively based on the situation. 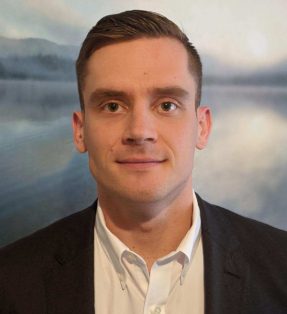 As a Rifle Platoon Leader of forty men, Mr. Murphy managed the training, planning, rehearsals, and tactical employment of three rifle squads and one weapon squad. He regularly produced and briefed detailed operations orders to align all personnel and weapon systems to a decisive point, ensuring mission success while identifying risks. He also mentored and served as a counselor for his Squad and Team Leaders.

Mr. Murphy also served as the Land and Ammunition Manager for a 650-person organization and networked with adjacent organizations’ leaders to ensure training resources were available and on time. He was designated as the project lead for both planning and execution of a major training deployment to three separate countries: Thailand, South Korea, and the Philippines for a four-month period. He departed months before the rest of the battalion with small teams to coordinate all training requirements, administrative paperwork, and living arrangements with a multitude of civilian agencies, U.S. Army units, and our allies.

Mr. Murphy served as a Company Executive Officer, being second in command of a 180-person organization. There he ran the day-to-day operations for the Company Commander with a particular focus on maintaining and accounting for the organization’s equipment which valued over $32,000,000. Mr. Murphy worked on a multitude of problem sets during this time including: calendar development and updating, conflict resolution with different personality types, administrative tasks, port operations, convoy operations, hazmat handling and paperwork, property accountability, and project management.

Mr. Murphy received his Bachelor’s Degree in International Studies and Politics from the Virginia Military Institute, and graduated as a Distinguished Military Graduate in 2015. James resides in Lexington, Virginia with his wife, Ashton.