A business leader and nationally recognized expert on health care, former Congressman Jason Altmire has worked as a senior executive for large companies in both the hospital and health insurance industries. At ISG, Altmire assists clients with a variety of business management, public affairs, strategic planning, and corporate social responsibility issues. 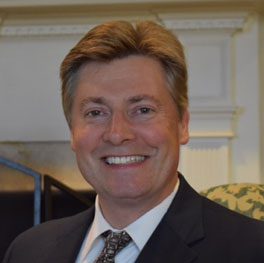 During his time at the University of Pittsburgh Medical Center (UPMC), Altmire had oversight over government relations, charitable giving, and community affairs for the 50,000-employee integrated health system. He later joined GuideWell Mutual Holding Corporation as Senior Vice President for Public Affairs and Community Engagement. GuideWell, a $16 billion enterprise, is parent company to a family of transformational health care companies, including: Florida’s Blue Cross Blue Shield Plan; GuideWell Source, the largest Medicare contractor in the country; and GuideWell Innovation, which focuses on the commercialization of health solutions spearheaded by the GuideWell companies.

From 2007 to 2013, Altmire served three terms in the U.S. House of Representatives. He was a bipartisan centrist known for working with both sides of the aisle, which led to an extraordinary record of legislative success. He spoke on the House floor more than 200 times, had 29 of his legislative initiatives signed into law, went five and a half years without missing a vote, and introduced a bipartisan bill that gained the most cosponsors of any congressional bill in American history.

In Congress, he served as Chairman of the Small Business Subcommittee on Oversight and Investigation. He was also a member of the House Committee on Transportation and Infrastructure, and the House Committee on Education and Labor. As a member of the Higher Education Subcommittee, Altmire played a leadership role in several landmark higher education laws. His expertise in higher education regulation, student aid, capital funding, and research grants is unparalleled and of great value to ISG clients.

A highly sought-after public speaker and commentator, Altmire in 2017 authored a critically acclaimed book, Dead Center: How Political Polarization Divided America and What We Can Do About It. He is also a regular opinion contributor to The Hill newspaper.

Throughout his career, Altmire has been an active member of his community. He has served on more than two dozen boards and civic organizations from the local to the national level. He currently serves on the Board of Trustees of Jacksonville University, and as the Co-Chair of the National Commission on Political Civility and Effective Governance. He is also a member of the U.S. Global Leadership Coalition’s Florida Advisory Board.