James Bennett is the Executive Vice President of Prospect Medical Holdings. A former professional hockey player, Mr. Bennett is experienced in both business and government work. He has created three start up-companies, and has run large corporations and organizations with more than 800 employees. He has founded publicly traded companies and worked in the highest levels of state government. 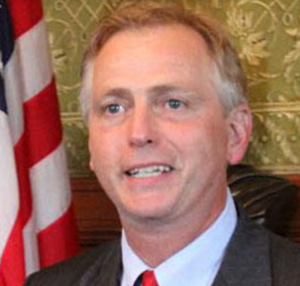 Mr. Bennett was the Founder and President of Madison Components LLC from 2007 to 2011. There he oversaw all daily operations, managing the communication between their US and European offices. He grew the company from its startup phase to being assessed at $10 million in four years.

On the government side, Mr. Bennett worked as the Director of Economic Development for the City of Providence from 2011 to 2015. During his tenure, he oversaw and managed 5 different city departments including economic development, planning, zoning, film & tourism and weights & measures. In addition, he brought in small and large companies into the city to help its business growth. He has also previously been a candidate for Rhode Island State Treasurer (1998) and the Rhode Island Chairman for Bush for President (2000).

James Bennett currently works as the Executive Vice President of Prospect Medical Holdings, a for-profit hospital chain based out of California. He advises the company in all governmental, communications and public relations matters within multiple different states.