Jim previously served as President and Managing Partner at DCI Group, one of the country’s largest independent public affairs firms. During his 15 years of association with DCI, he provided strategic and management consulting advice to some of the country’s leading corporations and trade associations. 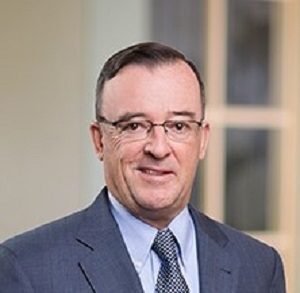 His client work spanned the telecommunications, gaming, financial services and sugar industries, among others. In his capacity as President, his management responsibilities oversaw DCI’s Finance and Accounting, Legal and HR functions.

Jim left DCI in June of 2012 to run the Republican National Committee’s Independent Expenditure campaign on behalf of Romney for President – a $45 million dollar paid media effort in battleground states.

Prior to joining DCI, Jim led JLM Consulting, serving both political and corporate clients from 1987 through 2002.

He was a senior advisor to Bob Dole’s 1988 and 1996 presidential campaigns and managed floor operations at 3 consecutive national GOP conventions (1996, 2000 and 2004). From 1987 through 2002, Jim was engaged in over 60 national, statewide and congressional elections, including U.S. Senators Bob Smith and Al D’Amato and Governors Lincoln Almond and Dick Snelling.

On the corporate side, his clients included GTECH, a leading global lottery provider; Vermont Yankee, a nuclear power plant; and KCS Energy, a NYSE oil and gas exploration company.

Before launching JLM Consulting, his experience included serving as Deputy Political Director at the National Republican Senatorial Committee from 1985 to 1986, and a six-year tenure with U.S. Senator Gordon Humphrey (R-NH), where he worked as his Executive Assistant on the Hill and campaign manager of his re-election in 1984.