Lisa Cotter Colangelo, a Co-Founder and Partner of Bridgeway Advocacy Group, has 30 years of experience in public affairs and public relations. 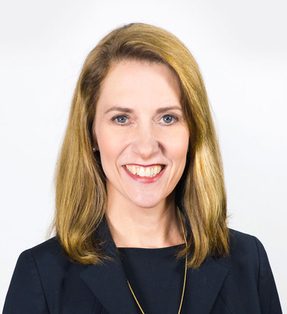 She comes to the firm from a twenty plus year career in one of Washington, D.C.’s leading public affairs firms, Prime Policy Group, where, as Managing Director, she led the firm’s international practice and coordinated with Prime’s parent and partner companies on international business development opportunities.

Lisa has a strong background in the management of international foreign policy issues, in trade issues, and in the development of public affairs, public relations and media/communications strategies for clients. Lisa’s work over the years in the international arena have often found her at the forefront of some of the leading international political issues of the day.  Her strong international network of public and private sector contacts is a resource which she enjoys putting to use to achieve results for clients.

Lisa has also been responsible for developing and executing media strategies for clients over her career, which has included outreach to and liaison with some of the world’s leading news publications and journalists.

She has worked closely with many of the country’s leading democracy and human rights groups. Her international experience includes work in Africa, Central and South America, Europe, Asia, the Newly Independent States and the Middle East.

Lisa took a leave from Prime Policy Group for several years (while still acting as a consultant to the firm) to open and lead her own consulting group, Colangelo and Associates, where she engaged in similar international consulting work in support of clients.

Lisa previously served as a Program Manager at Commonwealth Consulting Corporation, where working closely with a former Special Assistant to President Reagan for National Security Affairs, she developed and coordinated public relations, government relations and media campaigns for domestic and international clients.

Lisa holds a Bachelor’s degree in Political Science from Virginia Polytechnic Institute and State University and a Master’s degree in International Transactions from George Mason University. She provided volunteer support to the 2008 McCain Presidential Campaign and was a member of the Human Rights and Foreign Policy Steering Group for the 1996 Dole Presidential Campaign. Lisa also served as a member of the Corporate Council on Africa’s National Task Force on AIDS. She is conversant in Spanish. Lisa splits her time between Washington, D.C. and Richmond, Virginia, where she resides with her husband and two daughters.